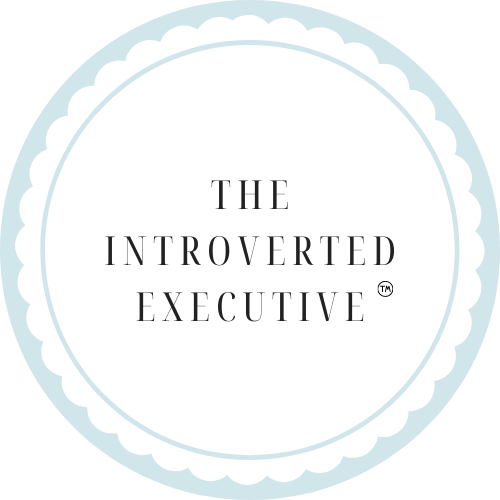 Find Part one of this article by clicking here.

During my second permanently assigned duty station in the Navy that, as I reflect, is where I made decisions that directly altered by path for the positive.  I was stationed in San Diego, California and was 22-25 years old during this period.  Even though I made clear decisions by the end of this tour and the age of 25 that put me on a strong path, I do believe that these decisions to improve and grow can come at any age, and can start on ANY DAY.  I will say, this was NOT an easy three years.  I was going to college, had a heartbreaking relationship, and ended up a single mother, while still serving in the US Navy.  In other words, I am human, I am a woman, I am a mother.  I was young and made mistakes, and I struggled for those mistakes.  I am just like so many other women.  I’ll explain what I went through during these three years and the outcome throughout this article.

The beginning of this tour had been very much like my tour in the Azores.  I was still young, but still trying to learn new things, be open to opportunity, and I tried to be a good Sailor.  I would still call myself average at this point.  My self-confidence was not strong, I think I was waiting for some magic knowledge to come my way and I thought that once it did, I would be fine.  It is this point in my life that I really wish I could go back and tell myself that no one else was smarter than me at that time, that I was as good as any of my peers.  Also, I was trying to rush leadership, I was trying to push too hard and I wish I had been more patient in the beginning.  There were a lot of really great people that I worked among, and I learned much from them.  I only wish I had believed sooner that I was worthy of being considered their colleague.  Their equal.

If I reflect on my leadership style, it is rooted very heavily to this tour of duty.  There was one week when the two people above me in the chain of command both took leave (vacation) at the same time.  They left me in charge of our work center.  I was still an E-5, but a fairly junior E-5.  Most of the other people in our work center were E-4s.  This was, literally, the very first time I had been in charge of people in my life.  We had a female Sailor who frequently wore a tongue ring, which is against Navy Uniform Regulations, and a couple of the people came to work 5-10 minutes late during that week.  There are ways to deal with people who are breaking rules, and there are ways to informally counsel people who are not following the rules.  There are also times to pick your battles and a balancing act when it comes to things like a person being 5 minutes late, even I the military.  I had none of that nuance.  I was a serious rule-follower at that point.  The young lady who wore the tongue ring was one of the same people who arrived 5-10 minutes late.  So, I wrote a report chit, which is a formal report of wrong doing, and I submitted it up the chain of command.  Wow, looking back now I am wondering, “What I was thinking!”  That single act started a year of craziness that taught me more than obtaining a Graduate level management degree ever taught me.  I sent the report chit directly to a Senior Chief (E-8), who sat right by our Department Master Chief (E-9) and within an hour I was in their office and they were counseling ME!  Ha ha!  (At least their counseling of me was informal.)   Luckily, they were both amazing people and very good leaders and I think they saw something in me and decided to start mentoring me to be a good leader too.

Needless to say, I had alienated my whole work center by my overzealous desire to help that young lady follow the rules.  There were about 12 people who had been my friends and colleagues, and I lost them all with that one “power-trip”.  When the two people in my chain of command returned from leave, they were amazed at the turn of events and the fact that everyone in the whole work center was unhappy and they were all angry at me.  Also, rumors spread and before long, most in the entire command, who were equal or lower rank to me, seemed to avoid me.  Sadly, around that same time, I found out I was pregnant with my daughter, and her father was not interested in staying in the relationship.  I was as alienated as I had ever been at that time, and it was 100% my own fault.  I had made the decisions to go too hard on my friends at work, I had made a poor decision in love, and now I was the one who was going to have to live with the consequences.

The same Senior Chief and Master Chief who calmly handled the report chit situation moved me to their office and made me the command Safety and Environmental Petty Officer.  It was primarily because I was pregnant and they needed to keep me away from hazardous fumes and chemicals in the maintenance work center where I previously worked.  At this point, three months pregnant, and few people to talk to at work, I just put my head down and put a laser focus on improving myself and on the work that I was required to do in this new position.  I started taking college classes at night, and during the day I learned more about what being a Safety and Environmental Petty Officer was all about.

It is a long story, but there was this warehouse on our command property that was FULL of old paint old paint and random other old cans and bottles of oils, paint thinner, cleaning solutions, and other things you cannot thrown in the trash or down the drain.  By full, I mean there were literally thousands of containers.  Many of them were five gallon buckets, it was basically a mountain of hazardous waste!  I do find this slightly ironic, but as the Environmental Petty Officer, even though I was pregnant, it was my job to find a way to properly dispose of all of this.  Apparently, all the people who had this job before me had not figured it out, because this heap of waste had been accumulating for a decade or more.  The warehouse could be opened up and everything was sealed, so it was safe for me to be in the space.  I then went on a mission, researched where I could take each different item for Navy disposal in the City of San Diego, reserved our One-Ton government truck, made appointments, printed out thousands of Material Safety Data Sheets (MSDS), sorted all the items by disposal methods, arranged working parties to load the truck each time I needed to take a load to a different location, and signed official records of disposal for Navy tracking.  It took me about six weeks, but that warehouse that had been a pit of despair, was completely cleaned out and able to be used for a better purpose.  I did not want the disposal issue to happen again in the future, so I implemented procedures for people to get rid of smaller amounts of hazardous materials and made it clear how to do it.  I then also arranged a major beach clean-up (our command had three miles of beach front where many homeless and drug users spent the nights on the other side of the government fence.)  Little by little, everyone was starting to talk to me more, and forgiveness spread around the command and I started to feel like I was part of the team again.

Shortly after my daughter was born, I was at work one day and the Admiral (O-7), who was at the top of our Chain of Command, came in to my workspace and clipped a medal on my uniform.  It was a Navy Achievement Medal (NAM).  When it happens as a surprise in your workspace, that is called a “Spot-NAM”, as in “on-the-spot” (which is a huge honor).  Apparently, the Senior Chief and Master Chief who had been mentoring me for the past year, had submitted all the work I had done to clean up our command’s hazardous materials and beachline for an award.  I can tell you, after an entire year of just keeping my head down and working my tail off, this was a moment I will never forget.

The feeling of knowing you worked hard and getting rewarded for it will cure a lot of things.  I knew I wanted more of that feeling, and I was ready for more challenges.  I also learned to work “with” people to get things done, I learned some of the subtly of leadership, I found ways to motivate people even when I was not directly in charge of them, and I found my self-confidence.  By the end of that tour, I had been selected as “Sailor of the Year” and had the trust and support of the Commanding Officer, the Wardroom, the Chief’s Mess and I had regained camaraderie with my shipmates.  I will never forget that Senior Chief and Master Chief and the lessons they taught me.