How to Stop the Exodus of Women in Engineering Careers

Be the Best You that YOU can be! 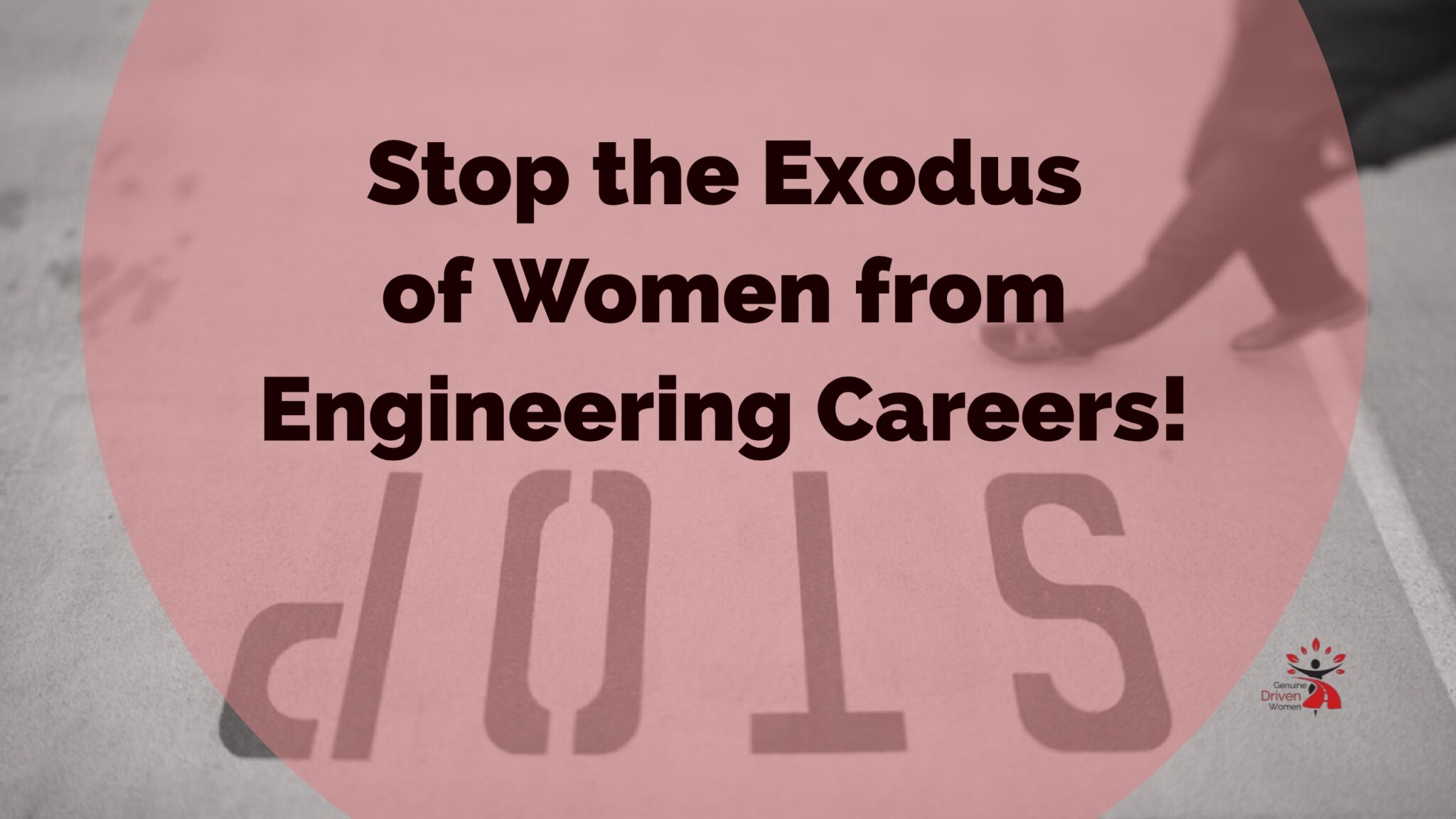 Do you want the good news or the bad news first?

The good news is:  With all the push to get women interested in STEM careers at the grade school through high school level, we are now at a place in the United States, where women are graduating from college with STEM degrees at a rate that is nearly equal to men.  This is GREAT NEWS!

Then, what is the bad news?  Well – unfortunately, with the exception of the medical field, we still have a long way to go before the numbers of women WORKING in STEM careers, in the real world, reaches anything near equal.  Since 1990, when only 12% of working engineers were women, as of a PEW research study, in 2016 only 14% of women working engineers were women.  WHAT?  In the last 26+ years, with the incredible increases in women receiving engineering degrees, we have only increased the number of women engineers who are actually working by 2%!

If the job market is growing fastest, overall, for computer related STEM jobs, which are is also the one of the highest paying sectors, the gender and wage gap will only increase if we do not do something to turn the tide.  What are the reasons women are not staying and working in the STEM fields and what can we do about it?

According to an article from Harvard Business Review, the 5 Biases Pushing Women Out of STEM, they discussed many of the usual reasons women leave, including women leaving to have children then losing upward momentum and the tightrope of behavior and appearance women have to walk to be accepted.  These are very real and ever present for women in all industries, but much more apparent in male dominated industries.  A couple ideas that I thought were interesting and different than I usually hear discussed were:

Ok, so what can we do to KEEP women in STEM careers?  Here are a couple of ideas:

Think about how much technology is changing and how fast the world is moving.  Technology is now impacting almost everything we do.  Today we:

I know countless brilliant men, including brilliant Ph.D. level engineers, but they do not have the deep understanding of what it means to be a woman, our challenges, our passions and dreams.  Women are beautiful and complex and will adapt the world in ways that everyone will benefit from.  We NEED women engineers and computer scientists to bring their impact to technology.  We need women to want to work in these important fields – and I look forward to the world they will create!

This site uses Akismet to reduce spam. Learn how your comment data is processed.