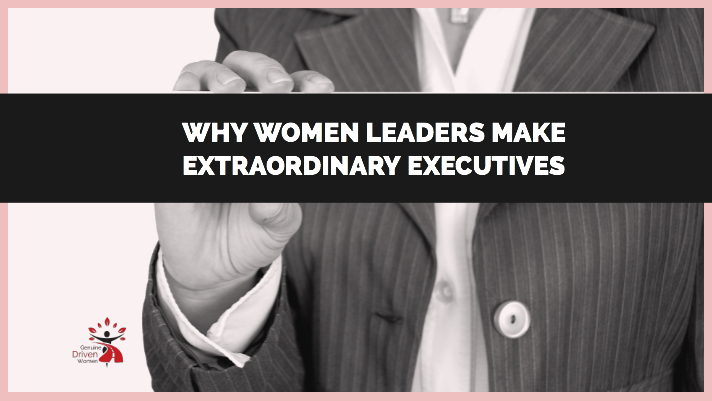 Despite many studies that suggest women rate very high for traits that make them excellent leaders, and for many traits, they rate even higher than most men, there are very few women leaders who actually make it to executive roles. In a PEW research study published April 30, 2018, they found that today only 5.1% of all the companies in the S&P composite 1500 are women, and across those same companies, women only make up 11.5% of all other top executives.  These other positions include roles such as COO, CFO, and executive legal counsel. Unfortunately, most of these women were in financial or legal roles, which were found to be the least likely roles that led to a CEO position. This is true, even though CEOs who had previously been the CFO were much more successful CEOs, when studied after the fact. Executives are often selected for the COO role when they are being groomed for the CEO role.

What all this means to you, is that women may have equal or better leadership traits than most men, but the women who are promoting to the executive level are most often finance or legal experts.  Those same experts, in the rare moment that some of them attain CEO, oftentimes have more success as a CEO.  Yet, companies continue to undervalue this critical resource of people, women who are intelligent, driven, dedicated, and have more grit and determination to succeed.

The perception of how leadership effectiveness differs between men and women was studied.  According to one major study, published in the Journal of Applied Psychology, they looked at 95 different studies, published over a 40-year timespan.  These studies showed that when all leadership contexts are considered, men and women do not differ in perceived leadership effectiveness. Yet, when other-ratings only are examined (traits rated by other people), women were rated as significantly more effective than men.  In contrast, when self-ratings only are examined, men rate themselves as significantly more effective than women leaders rate themselves.  They found that female leaders were rated by their reports, peers and managers as being just as, if not even more, effective than male leaders. But when males self-reported, they considered themselves to be better leaders than women.

What this means is that if you only have other people rate leaders, women leasers are found to be much more effective.  If you have leaders rate themselves, men are perceived to be much better leaders. As a result, when you combine the two ratings, and consider all the traits and all the ratings, men and women come out basically equal.  Wait…  WHAT? I don’t know if you are thinking what I am thinking, but if this is true the women – we have A LOT of work to do!  I see it like this:

Who is in line to become the next CEO?

In another study at the University of South Carolina, published in 2017, they surveyed 127 Chief Human Resource Officers.  They found that the near-term succession pool for CEO candidates, those who were in the running as a potential CEO in the next 0-3 years were only 10% women in 2017.  Looking a little farther out the 3-5 year candidate pool was only 15% women. These Chief HR Officers said that the pipeline for a potential CEO runs along a 15-year timeline, so it may take at least that long to see any major increase in the numbers for initiatives started today. 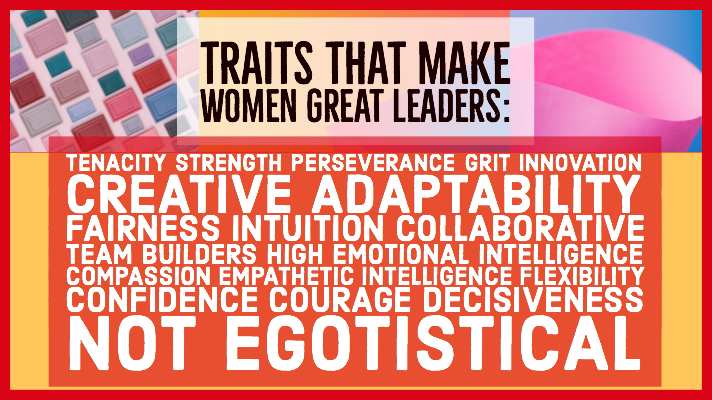 Strategies women can employ to become a CEO:

In a study conducted by Korn Ferry, they discovered four patterns that eventually led to women becoming a CEO of a major company.  Even if you are not interested in becoming a CEO, these four areas will bring you success, no matter your ultimate leadership goal.

In the same Korn Ferry study, they discovered six (6) skills that differentiated middle managers from people who became CEOs, and women were found to score twice as high as men on each. If you want to become a senior leader, work on developing these six critical skills:

Stage 1 is Building credibility:  Show indisputable results, establish a reputation for success, earn the respect of peers and bosses, position themselves at the core of the business

Stage 2 is Broadening Experience:  Pivot to leadership roles when the opportunities arise and then prove you get the most out of diverse teams.  Demonstrate agility by taking rotational assignments in other regions or if it applies, even internationally.  Develop your executive presence, courage and your ability to inspire others.

Remember, your ideas and vision are important.  You have a voice and ideas and you can make an incredible impact on your organization.  Focus on becoming a life-long learner and work on the six skills and other concepts we discussed today, then STICK WITH YOUR PATH.  You will be well on your way to becoming a senior leader. The women leaders that put this drive and focus into play, the more women who will become executives, high potential candidates for senior leadership, and also the pool of potential CEOs will dramatically increase.

This site uses Akismet to reduce spam. Learn how your comment data is processed.